Remember the time between 2015 and 2016, when Android and iPhone, as well as Microsoft’s Windows Phone, existed? When Nokia Lumia devices came with Windows Phone 7 operating system in the early days of Windows Phone, Microsoft could not take much advantage of it due to its incredible limitations, high price, app-gap, and unstable OS. 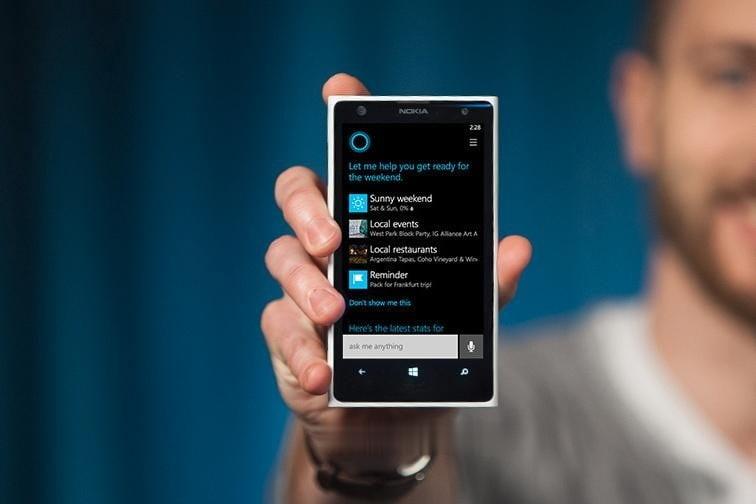 Although there was some response in foreign countries, it goes without saying that these Nokia Lumia devices were not sold in countries like Bangladesh and India. However, almost a year later, Microsoft tried to capture the smartphone market again with a slightly improved business plan, a new device family under its own branding, and Windows Phone 8.1 operating system.

But in the end, Microsoft failed again. But for what reason? What was wrong with Microsoft? Did Microsoft have any chance of being successful at all? Let’s talk about this today.

Let’s start a little earlier. We have always seen that Android and iPhone are the most successful mobile operating systems in the world. Even several months after its release in the Windows Phone market, Windows Phone was only able to cover about 1% of the smartphone market, to say the least.

Although the market share of Windows Phone has increased for a while since then, it is not a significant amount. In the early days, when Windows Phone first came to market, Android accounted for 84% of the smartphone market. So it was a big challenge for Microsoft to bring Windows Phone to the market in the beginning and sell a few units to the customers.

If we go further back, a much different picture emerges. Believe it or not, if you look at the smartphone market in 2007-2008 when there were only a handful of smartphones or touchscreen phones at that time, Microsoft’s Windows Mobile OS was the most used and the most popular mobile operating system.

Don’t make the mistake of thinking Windows Phone and Windows Mobile are the same because these two are completely different. But when Windows Mobile was so popular, why did Android surpass its popularity and become the most successful mobile OS? The reason is very simple.

Microsoft used to charge fairly good amounts to device manufacturers for implementing on Windows Mobile OS devices, where Android was completely free. As a result, phone manufacturers turned to Android, and the number of Android devices grew exponentially compared to Windows Mobile.

As Android devices began to grow, app developers also became more interested in creating their own apps for Android. You can imagine the rest.

Then in 2010, when Android and iPhone began to occupy almost the entire smartphone market, Microsoft decided that they needed to rethink the smartphone business and move forward with a new, unique and solid business strategy. That’s when they think about Windows Phone OST.

First, they started their journey with Windows Phone 8. But to be honest, then this OST was nothing more than a baseless ridiculous mobile operating system. Incredible limitations, a handful of apps, high price tags, unresponsive performance, all in all, there was not a single reason to use this OST other than Android or iPhone. So naturally this time too Microsoft failed miserably.

Microsoft then thought that if they released Windows Phones under the Nokia branding, they might be able to attract more customers. Because we all know that for some reason all mobile users have some soft corner towards the name Nokia which in many cases can force the user to buy or use the phone just because of the name.

While some major app developers, such as WhatsApp and Facebook, are interested in developing apps for Windows Phone, most app developers no longer want to spend time behind Windows Phone. Because at that time Windows Phone users were only 1%. Then Microsoft’s Windows Phone had a problem called the Chicken and Egg situation in the world of technology.

Then Microsoft thought that if they could release a few Lumia devices at a lower price in South Asian countries, especially in countries like Bangladesh and India, they might be a little more successful.

At that time, Microsoft was able to sell a good amount of Windows Phone. Their market share also increased a bit. However, due to the lack of apps, they started losing users again. At that time, there was no official Facebook app made by Facebook on Windows Phone 8.1.

Besides, the then-popular game Clash of Clans, popular messaging app Emo and many more such apps were not available on Windows Phone. Although some new developers made quality apps for Windows Phone at that time, the major app developers had no interest in Windows Phone.

Windows Phone 10 was so unstable and laggy that even an ordinary smartphone user would not be able to use it in peace. There are no issues like scaling problem, constant reboot, network problem, app force close, lag, starting, graphics lag, etc. which was not in Windows Phone 10. There was an app-gap on him.

Microsoft also released two flagship smartphones with Windows 10 Mobile, the Lumia 950 and 950 Excel. However, these two phones did not get any response in the market due to their laggy performance, beta software, bad software experience, and app-gap.

Despite the high-end specifications of these flagship smartphones, high-end games, basic low-end games, and apps did not run well.

The developers thought that no matter what Microsoft did, they would never do anything for Windows Phone. However, there were some developers who supported Windows Phone from start to finish. Such as- WhatsApp and Gameloft.

However, after almost a year of development, when Microsoft could not make Windows Phone usable, then the users and those who were fans of Windows Phone, had nothing to do but turn away from it.